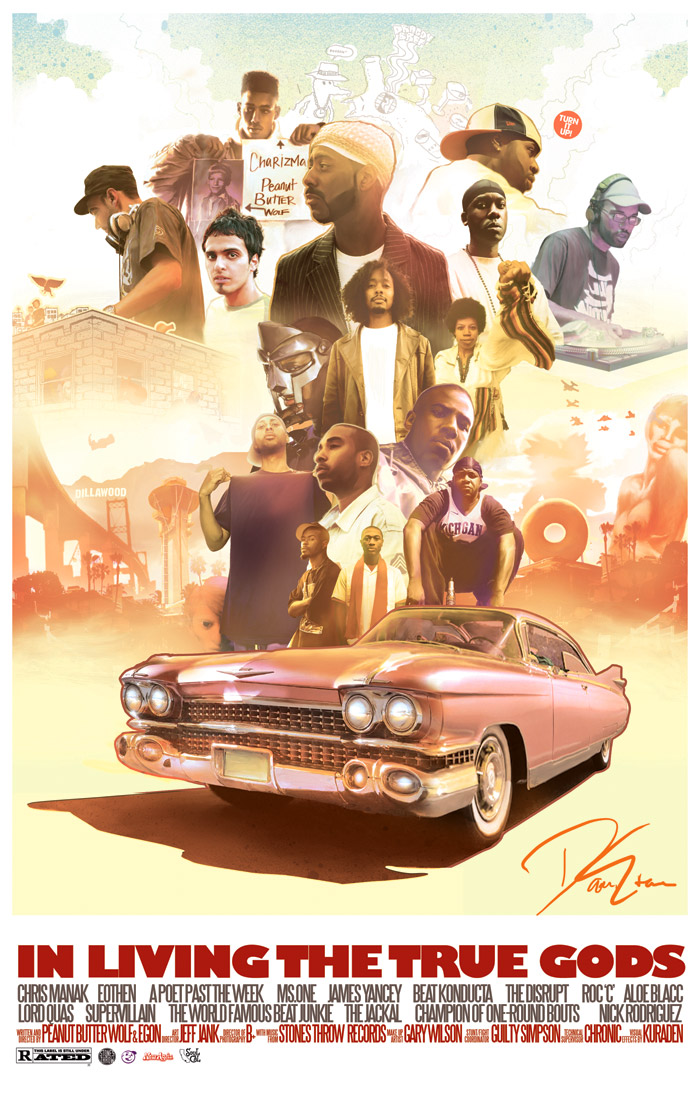 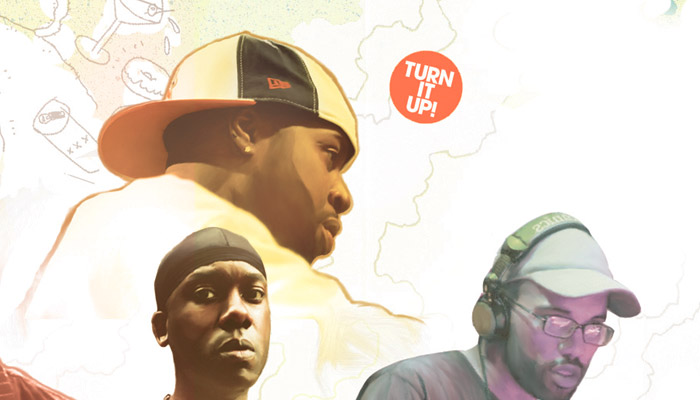 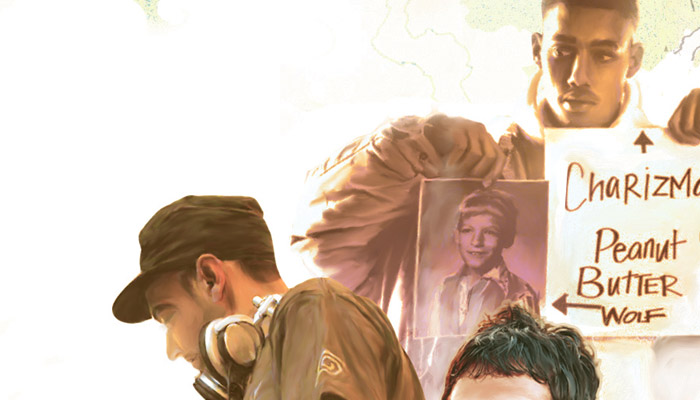 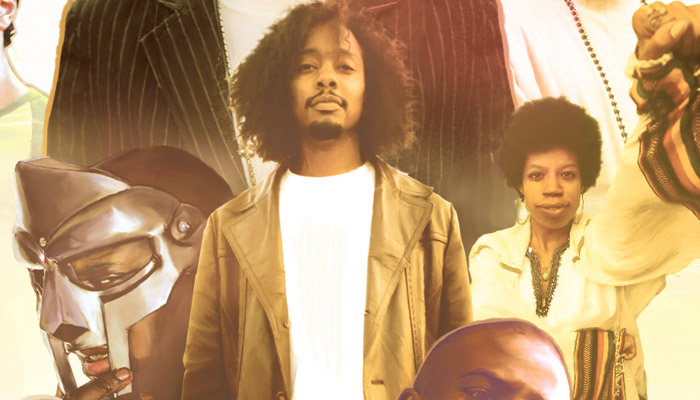 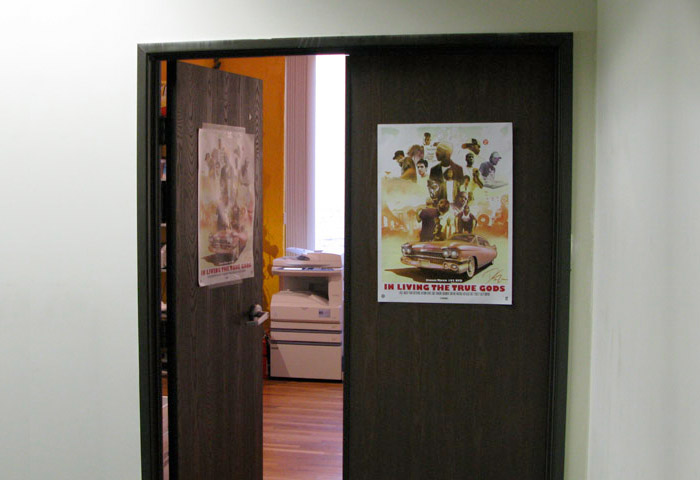 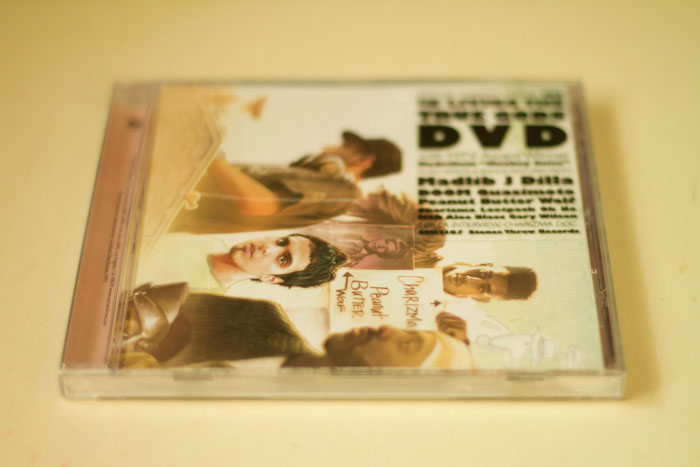 What began as a personal fan project ultimately evolved into a highlight in my career as a designer.

Born out of a conversation with a friend of mine discussing the style of old movie posters from the ’70s, “In Living the True Gods” is not only my homage to the illustrative collage-style posters from that era, but also to my favorite record label, Stones Throw Records.

Every artist on the California-based label’s roster is someone with a story as magnetic as their music, and felt they would be perfect subject matter for the poster.

When Stones Throw themselves were sent the poster, they were highly appreciative of it — so much that they asked to use it as the cover to their 2nd DVD release, “Stones Throw 102: In Living the True Gods.”

The DVD was released February 2008, and is available for purchase on Stones Throw’s website.